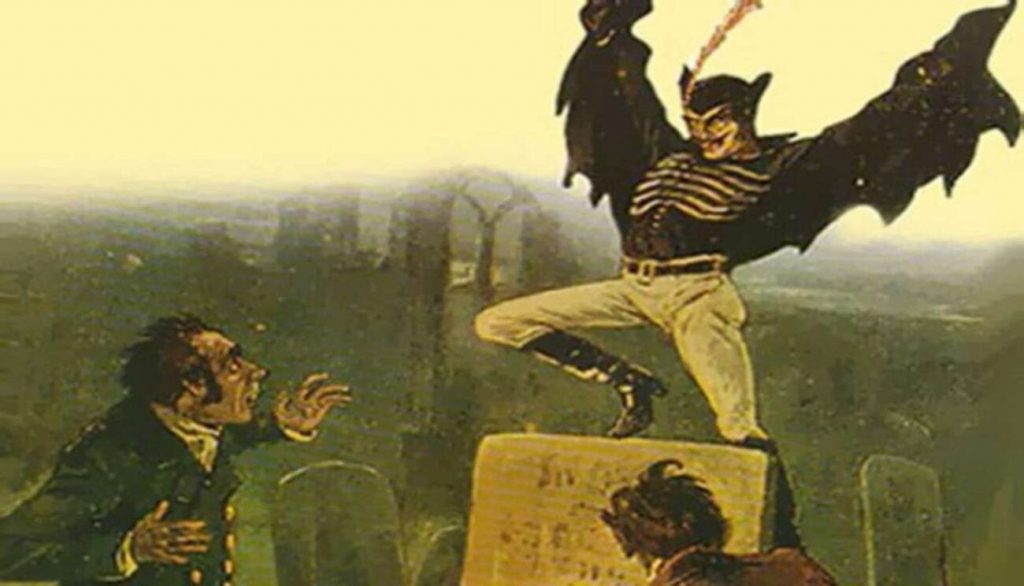 Spring-heeled Jack is an urban legend mainly associated with London and its surrounding villages during the Victorian era.

First sighted in London in 1837, Spring-heeled Jack was described as a terrifying figure, with a cloak and clawed hands (a la Freddy Krueger) who would jump out at people, attacking women by ripping off their clothes with his metallic claws, before leaping away across the rooftops, making extraordinary leaps as he went, hence his name Spring-heeled Jack.

Some say he was of a supernatural appearance, with eyes that resembled red balls of fire, and with blue and white flame coming from his mouth. Others described Jack as having a more down to earth gentlemanly appearance, being tall and thin, and wearing a large cloak.

His first victim was in the month of October in 1837, when a servant girl named Mary Stevens was walking to her place of work at Lavender Hill (London). She had been visiting her parents in Battersea and was walking through Clapham Common when suddenly a strange figure leapt out at her from within a dark alley. He held her in his grip and started kissing her around the face whilst ripping her clothes off and touching her flesh with his claws, which she described as “cold and clammy as those of a corpse”. She started screaming which caused Jack to eventually flee before any harm came to her. It was reported that the very next day the same strange character jumped out at a passing horse and carriage, which caused the coachman to lose control and crash, seriously injuring him in the process. Witnesses claimed that the strange character then jumped over a 9 ft wall to make his escape, whilst at the same time letting out a high-pitched cackling laughter before he vanished into the night.

Several other attacks happened over the years, with sightings of him all over the UK, including the Midlands and as far north as Scotland, with the final sightings being in Liverpool in 1888 and again in 1904, after which he was never seen again.

Spring-heeled Jack was never caught, though there were a few suspects at the time…

In 1838, after an attack on Jane Alsop, a man named Thomas Millbank had boasted to people in the Morgan’s Arms pub that he was Spring-Heeled Jack. There was some evidence found to suggest that the attack on Jane Alsop was indeed Millbank, however, he escaped conviction because Jane Alsop insisted that her attacker had breathed fire, which Millbank admitted he could not.

Another suspect was Henry de La Poer Beresford, 3rd Marquess of Waterford, who had a bad reputation at the time for drunken brawling, vandalism and was said to do anything for a bet. He also had contempt for women and the law. The author E. Cobham Brewer named the Marquess as the perpetrator, saying that the Marquess “used to amuse himself by springing on travellers unawares, to frighten them, and from time to time others have followed his silly example.”

Whoever Spring-heeled Jack was, no one really knows for sure, but he was certainly one of the most popular characters of Victorian Britain, with his exploits being the focus of many a newspaper up and down Britain, and he also became the subject of several penny dreadfuls (mass-produced popular literature aimed at the young) and theatre productions. 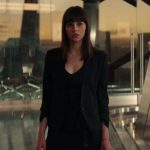