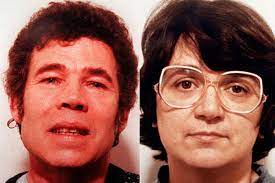 Fred and Rosemary West met in 1969 when he was 21 and she had just turned 15. They married in January of 1972 in Gloucester, and soon moved into the infamous address 25 Cromwell Street where most of their murders as a couple took place, however it is believed that Fred had already murdered Anne McFall before he ever met Rose. Anne was just 18-years-old at the time of her disappearance and eight months pregnant with Fred’s child. Her remains were found in 1994 in a corn field near the village of Much Marcle where Fred was born. She had several bones missing and it is believed that the unborn child may have been cut from her womb.

It is also believed that Rose committed a murder herself, murdering her step-daughter Charmaine (Fred’s daughter) who was only eight-years-old at the time, whilst Fred was serving time in prison for petty crimes. Fred helped get rid of the body upon release.

The couples first victim together (although she lived to tell the tale) was Caroline Owens who they had picked up hitch-hiking and offered employment to, offering her the job of being their children’s nanny, which she accepted.  It wasn’t long however before she decided to leave after the West’s sexual advances, but then on her way home she was abducted by the West’s and kept in their cellar, where she was raped and abused by both Fred and Rose. Owens eventually escaped after becoming compliant and building trust, resuming work as their nanny, until she eventually managed to flee, returning straight home to her mother, who reported the ordeal to the police, and the West’s were arrested.

Unfortunately, by the date of the court hearing, Caroline Owens had decided she could not face the ordeal of testifying in court, and the majority of the charges were then dropped, with the West’s pleading guilty to the lesser charges of indecent assault and ABH, with each being fined £50 and both allowed to walk free.

The West’s would murder their first victim together just three months later, a young 19-year-old girl by the name of Lynda Gough, who they buried in an inspection pit beneath their garage. Their murder spree continued over the years, with more and more young women murdered with a sexual motive, including their own daughter Heather West who had suffered years of sexual abuse before they murdered her in 1987.

The West’s were eventually brought to the attention of the police again after Fred raped and sodomised his 13-year-old daughter Louise, who confided in a friend about what her father had done to her. The friend told her own mother who then told the police.

After a search of their home, and with the West’s children divulging what had been happening to them over the years, such as how their father frequently told them that if they told anyone about the abuse and rapes that they would be “buried under the patio” like their sister Heather, the police began a full-scale investigation and the children were put into foster care. However again the West’s were eventually aquitted of any charges, though their children remained in care and the police continued investigating the disappearance of Heather, which led them to look into the disappearance of Rena and Charmaine too, and on 23 February 1994 the police successfully got a search warrant issued to allow them to excavate the garden at Cromwell Street, and seeing the inevitable, Fred soon admitted that he was responsible for Heather’s death. Eventually he confessed to more murders too, after the police found a third thigh bone in the Cromwell Street garden. He then told the police that they would find two other sets of human remains in his garden, and eventually admitted to more murders, confessing that there were a further five bodies buried in his cellar, and another under the bathroom floor.

In total, nine bodies were discovered at the Cromwell Street address, another in a previous address of Fred’s, and two in fields around Gloucestershire. Most bodies showed evidence of having been subjected to extreme sexual abuse and torture prior to murder. Rose was arrested in April of 1994 even though Fred had insisted she was innocent of any wrong doings and they were both jointly charged with five counts of murder.

Later, in June, when they were brought before a magistrates court, Fred was charged with 12 murders, and Rose was charged with nine. During the trial Fred gently placed his hand on his wifes shoulder but she winced away from his advances on every occassion.

Fred West became increasingly depressed whilst held on remand, and on 1st January 1995 he killed himself in his cell, by hanging, after making a make-shift ligature from a blanket and other items he’d hidden. He left a suicide note, which depicted a gravestone on which was written “In loving memory. Fred West. Rose West. Rest in peace where no shadow falls. In perfect peace he waits for Rose, his Wife.”

Rose remains an inmate at HM Prison New Hall, in Flockton, West Yorkshire, after being convicted of ten murders. 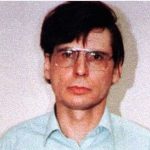 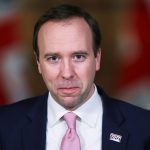