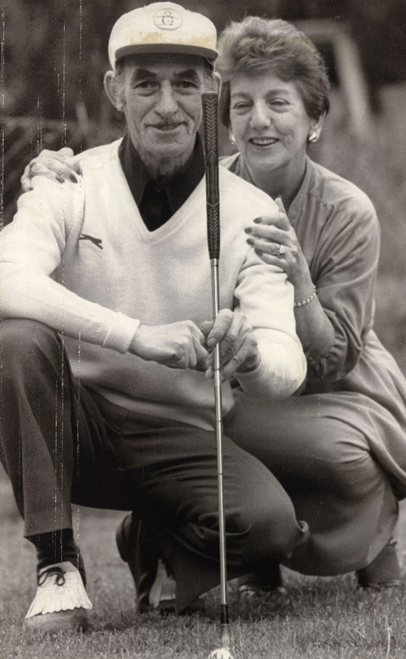 After watching golf on television for the first time and thinking it looked easy, this cunning crane operator from Barrow-in-Furness decided that if he could get himself into the 1976 British Open, he could have a chance of winning it and become rich and famous in the process. Well he certainly got famous - as the "World's Worst Golfer" after blagging his way into the competition and shooting a score of 121 in the qualifying --the worst score ever recorded at the Open Championship.

Maurice had never played a full round of golf before, as Golf club membership in his hometown of Barrow was too expensive. His only experience was hitting balls around his local fields, his local beach, but mostly around his living-room carpet, however he managed to famously land a spot in the Open Qualifier at Formby Golf Club near Liverpool by telling organisers he was a pro player, and the rest is sporting history. 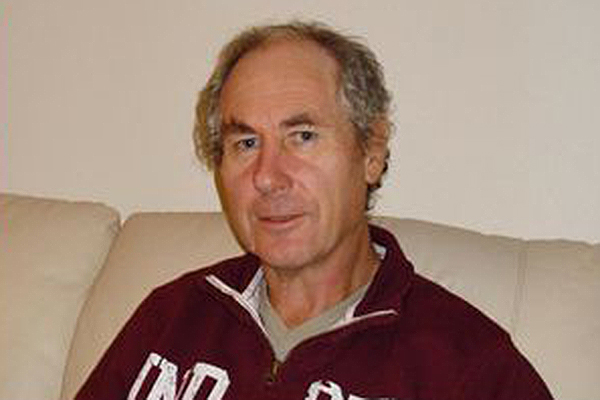 John Darwin, a prison officer from Hartlepool, was last seen paddling out to sea in his canoe on 21 March 2002 and was later reported missing after failing to turn up for work. A large-scale sea search commenced but all that was recovered was a paddle, followed by the wreckage of his canoe. Darwin was eventually presumed dead, leaving his wife and two sons absolutely devastated.

Five years later on 1 Dec 2007 John Darwin reappeared, walking into a London police station, saying he thinks he's a missing person, and claiming amnesia. However, what eventually transpired was a plot straight out of a hollywood movie, where Darwin had faked his own death to claim on the insurance money after falling into huge amounts of debt.

During his "missing years" he'd secretly lived in a bedsit next to the family home, and even eventually moved back in with his wife, who it turns out was fully aware of the plot and had been helping her husband from the very beginning. However, their two sons were not aware that their father was still alive, believing that he really had died in a canoe accident out at sea.

Eventually, whilst still in hiding, Darwin decided that it would be a good idea to move abroad and start a new life, and so using a fake passport under the name of "John Jones" he went to live in Panama, and it was in Panama that the famous photo of him and his wife was innocently taken by a panamanian property agent whilst they were out house-hunting with their new found wealth.

Sometime in May 2007 they purchased a £200,000 tropical estate in a village in Panama with the intention of building a hotel there. However changes in Panama's law meant John would need his identity verified by the UK police and knowing they wouldn't buy his "John Jones" identity, he bizarrely decided to head back to the UK and claim amnesia instead.

When he did so, turning up at the police station in London, his wife was shocked and overjoyed to find out that her husband was still alive, as were his sons, but as the truth unravelled John and his wife were eventually charged and sent to prison, with their sons choosing to disown them for the hurt they had caused and for all the lies.

The photo taken in Panama was used in evidence to prove Anne knew her husband was still alive, and she in fact received a longer prison sentence than her husband, who is now living it up in Manilla with his much younger Filipina bride. 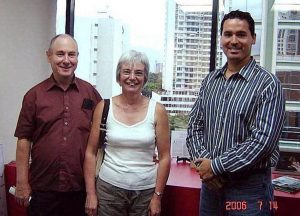 The full and intriguing story of this British fraudster can be viewed on the excellent ITV drama series "The Thief, His Wife and the Canoe" which first aired in 2022. 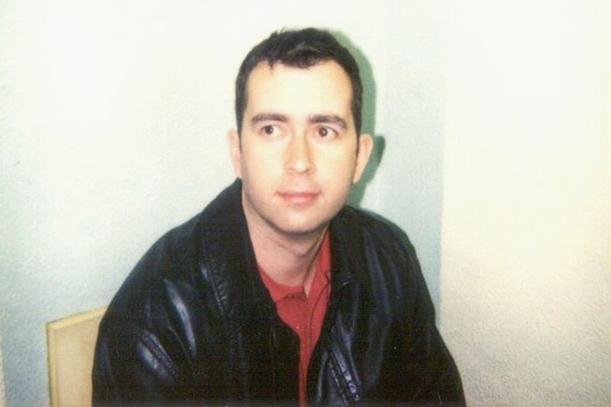 Robert Hendy-Freegard is one of the ultimate British conmen, who after meeting people out socially or through his work as a car salesman and a barman, would convince them that he was a secret agent working for MI5 or Scotland Yard. He would then use pressure and psychological stress on his victims, often claiming their lives were in danger just from being associated with him, and that in order for them to survive they must follow his demands. He would then isolate his victims from their family and friends, and begin coercing money from them and sometimes even getting them to perform "loyalty tests" such as letting him beat them up, or getting them to lie for him in different situations.

His deception and coercion went on for many years until in 2002 Scotland Yard and the FBI organised a sting operation to bring him down. He was eventually apprehended and after an eight-month trial was sentenced to life after being convicted of two counts of kidnapping, 10 counts of theft, and eight of deception.

In 2007 after appealing against the kidnapping charges his life sentence was revoked, though he still faced 9 years for the other offences.

Robert Hendy-Freegard was released from prison in May 2009 and by 2011 using a false name of David Hendy, met and seduced a British woman named Sandra Clifton who it is believed he now works with in the beagle bredding and showing business, using the name David Clifton. After meeting Hendy-Freegard, Clifton ceased contact with her children and with the childrens father.

What to watch
There are several TV shows based on Hendy-Freegard. The netflix documentary mini series The Puppet Master: Hunting the Ultimate Conman (2022). The Netflix film Rogue Agent (2022), and the Channel Five documentary The Spy Who Stole My Life (2005). 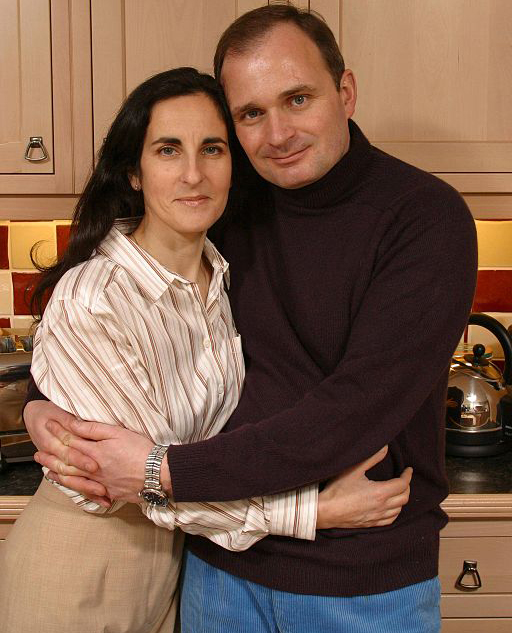 The British TV game show Who Wants To Be A Millionaire was an incredibly popular general knowledge game show where contestants could win cash prizes by answering questions correctly. It had millions of British viewers glued to their seats, as they watched whoever was in the hot seat try and answer their way to the £1 million prize, which happened on seven occassions throughout the shows history. It was often incredibly tense, and at its peak, the program drew in a third of the UK population.

However, one of those who managed to win the £1 million top prize was an army major named Charles Ingram, who, along with the help of his wife Diana Ingram and fellow contestant Tecwen Whittock who were both sat in the studio, cheated his way to the £1 million prize by listening for a cough from Whittock or his wife, which would signal the correct answer if Ingram himself didn't know it.

Ingram was the shows third £1 million winner, however he was denied the winnings due to the suspicion of cheating, and was eventually, along with his wife and Whittock, charged with "procuring the execution of a valuable security by deception" and was handed a two-year suspended sentence and fined £15,000. The judge also eventually ortdered the Ingrams to pay additional defence costs which totalled £115,000. 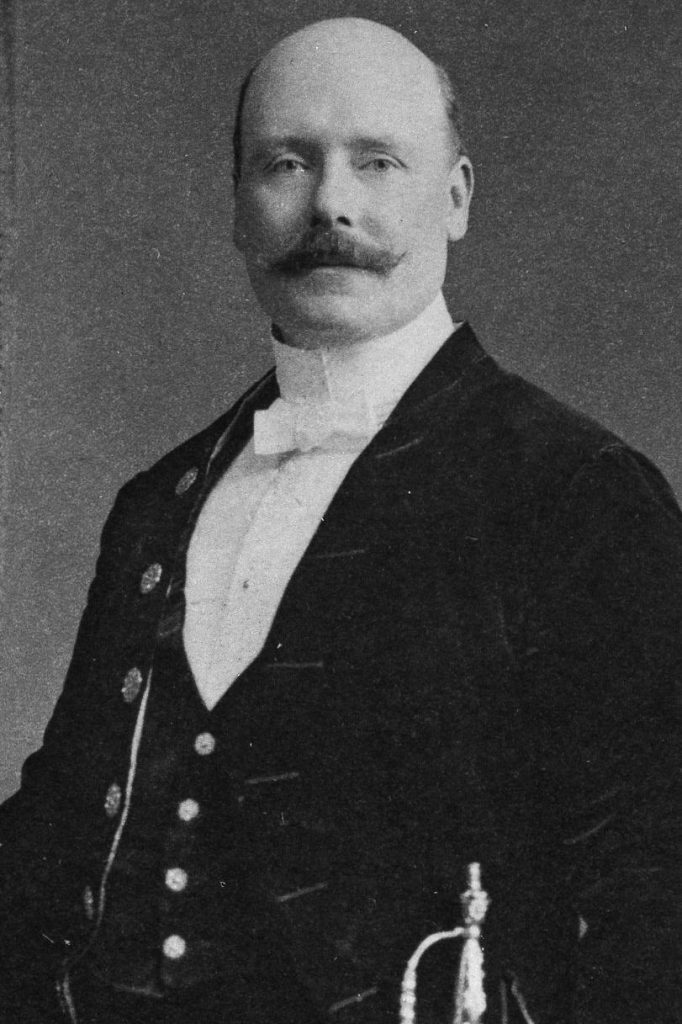 The Piltdown Man has become known as the greatest scientific fraud of the 20th century. It all began in 1912 when a British amateur archeologist named Charles Dawson wrote to Arthur Smith Woodward at London's Natural History Museum claiming to have unearthed the missing link between apes and humans in the form of a fossilized skull fragment he had dug up in a gravel pit near Piltdown, Sussex. Dawson was eventually joined by Woodward and between June and September the two men discovered more fragments, including partial jaw, teeth, and some primitive tools and other animal fossils. They eventually presented a reconstruction of the skull to the Geological Society and it was accepted as the missing link between apes and humans, an ancestor that had lived 500,000 years ago, and their find was named 'Eoanthropus dawsoni'.

However, in 1949 new dating technology revealed that the Piltdown man was only 50,000 years old, aging the fragments to a period long after man had already appeared, and then further tests still revealed that the skull and jaw fragments actually came from two different species, that of a human and that of an ape, probably an orangutan, with the jaw showing evidence that the teeth had been filed down to resemble human ones. There was also clear evidence of artificial staining to match the local gravel and geology, making them seem more genuine at the time. It was then concluded that the Piltdown man had been a very clever and very sophisticated fraud that had fooled the scientific community for many decades.

Dawson died in 1916, and Woodward in 1944, meaning neither man knew their fraud had been rumbled and indeed never had to account for their actions or give reason as to why they did what they did. 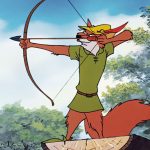 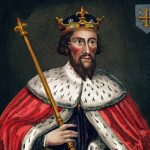