During the last couple of years, footballer Marcus Rashford has proved himself to be not just a match-winning talent on the pitch, but also a true champion off it as well with his incredible work campaigning the British government to provide meals for the underprivileged children of Britain. He has also helped raise millions through charity and continues to inspire millions of brits both on and off the pitch with the things he does. Here you will find a list of facts about the star, starting with General facts which are mainly non-football related, and then there are the pure footballing facts. I hope you enjoy the list. Use the comment section below to add any more facts about Marcus Rashford, or just to discuss this exceptionally talented English footballer and all round great human being.

2. Proud of his Roots

It is well documented that Rashy grew up on the tough Northern Moor estate, an area known for its fare share of crime, drugs and poverty. He was raised there by his single mum Melanie Maynard, who under difficult circumstances raised him, his two brothers and two half sisters, whilst at the same time holding down several jobs in order to keep a roof over their heads and food on the table, sometimes going without food herself to ensure her children would always eat.  Rashford has a substantial sized tattoo on his body, depicting the home he grew up in and his younger self playing football outside it on the grass. The tattoo is a constant reminder to himself of where he came from, something he is immensely proud of.

3. His brothers became his agents

Marcus’ two brothers Dwaine and Dane both became his agents after setting up their own company, and he has often cited his mum, and the struggles she experienced, as being a driving force in the things he does such as his campaign for free school meals. His mum can often be seen by his side, such as when they both helped out at a local Manchester FareShare Foodbank, where they have a warehouse named after her.

In 2020, Marcus famously started learning sign-language after receiving an invitation from a young fan to judge a poetry competition for children with hearing loss, and he was subsequently dubbed ‘the nicest man in football’.

In November 2020, Rashford teamed up with Macmillan Publishers to launch a book club in order to help underprivileged children experience the escapism of reading. As part of the partnership he also released a children’s motivational book “You Are A Champion.”

Rashford began raising money during the first coronavirus lockdown, working with FareShare to provide meals to vulnerable people. An incredible £20 million was raised to supply three million meals to those people. He then campaigned for the government to continue its free school meals scheme for poorer children and families through the coronavirus lockdown and also through the summer holidays, as it usually only ran during term times. The government initially refused to do so but with the incredible support Rashford generated, the government eventually backed down and reversed its decision, and made some major changes to its policies, ensuring Britain’s children didn’t go hungry, all thanks to the footballer.

7. MBE and other awards

In 2020 Rashford was made an MBE in the Queen’s Birthday Honours, and was also awarded The City Of Manchester Award and recieved a special award at the BBC Sports Personality of the Year show. He was also named on the annual Football Black List, which highlights black industry professionals who are positive influencers.

8. Started off as a goalkeeper…

At the tender age of 5, when Rashford began playing football for Fletcher Moss Rangers, he started out playing in goal, citing former United goalkeeper Tim Howard as his goalkeeping idol.

Rashford spent a week training with Manchester City before joining the Manchester United Academy System. He has credited his brothers for helping him to choose Manchester United above anyone else, as at the time Everton and Liverpool were both also showing interest in the talented youngster.

Rashford has been at Manchester United since he was seven years old.

12. United’s Youngest Ever Scorer in European Competition – on his first-team debut!

On 25th February 2016 Rashford made his first-team debut in United’s UEFA Europa League game against Danish club Midtjylland, scoring twice in the second half as United won 5 – 1. This made Rashford Manchester United’s youngest ever scorer in a European competition, a record previously held by the legendary George Best, and then broken again just a couple of seasons later by his current teammate Mason Greenwood.

13. Gets another Double in his Premier League debut!

Just 3 days after his double in Europe against Midtjylland, Rashford makes his Premier league debut against Arsenal, again scoring a double, which made him the third youngest scorer for United in Premier League history after Federico Macheda and Danny Welbeck.

On March 20 2016, and still in his debut season for United, Rashford scores the goal that sees United beat their rivals City 0 – 1 in their first away league win over them since 2012. At just 18 years and 141 days old, Rashford became the youngest ever scorer in the fixture during the Premier League era, overtaking Wayne Rooney’s record by almost a year.

On May 27 2016, Rashford scored just 3 minutes into his international debut for England against Australia, in a 2 – 1 victory at the Stadium of Light, becoming the countries youngest ever debudant scorer.

On September 6 2016 Rashford scored a hat-trick against Norway’s U21’s on his England U21 debut as Gareth Southgate’s team beat the Norwegian’s 6-1 in their Euro 2017 Qualifier in Colchester.

Another debut, this time in the EFL cup as Rashford comes off the bench to help secure a United win against Northampton in the third round.

Rashford comes off the bench in the 77th minute to score in his Champions League debut against Swiss side Basel.

There have been some very quick players in the United ranks over the years, and Rashford is up there with the best of em, including Daniel James who was described by Ryan Giggs as the fastest player he’s ever seen. Rashford is one of the fastest when looking at consistency, and in the 2019/2020 season was United’s quickest player after tallying the top speeds in eight of United’s 17 Premier matches, however if it is top speed you are going by, then the gold medal falls to young United striker Mason Greenwood after he registered a top speed of 37.60 km/h against Everton in 2020, with Fred also breaking the 37km/h mark to finish a close second.

When Rashford was 11, he wrote a letter which his mum dug out in 2019. In it he states that his one aim is to be a professional footballer, and hopefully at Manchester United. In the letter, he also said how he hoped his future would be very bright and how he wished to make his family and others proud. 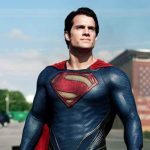 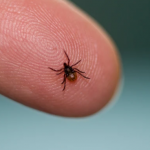